MintLife Blog > How To > Money Management Tips for the Self-Employed 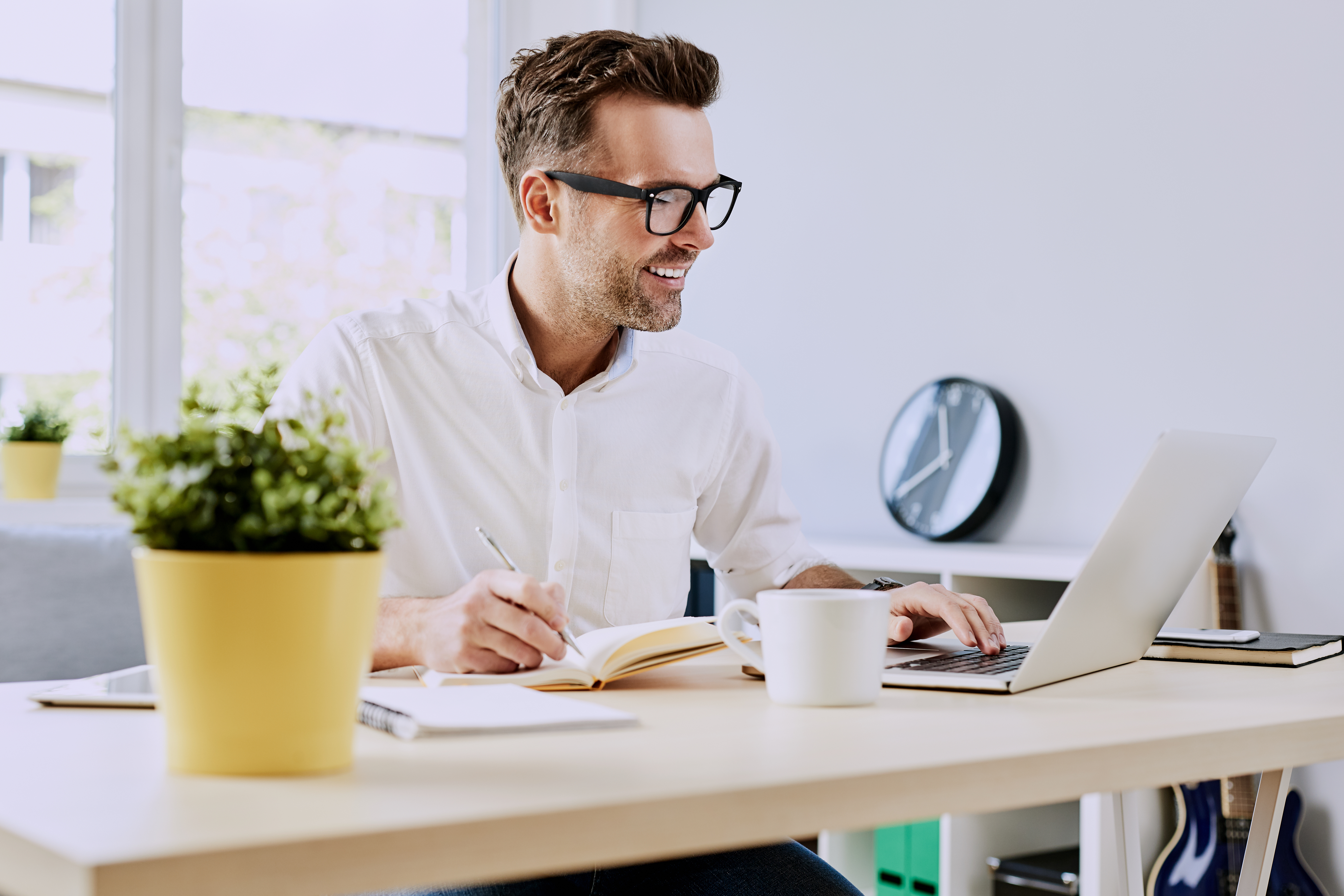 Right now, I’m sitting at my favorite cafe, drinking green tea and having my face illuminated in an unflattering way by my laptop screen.

Yes. I’m one of those people you see in a coffeehouse at 11am.

Who are these people? Don’t they have to go to work?

I am at work. I’m a freelancer. Or, to use the term Denise Kiernan and Joe D’Agnese use in The Money Book for Freelancers, Part-Timers, and the Self-Employed, I’m an independent worker. We account for 30% of the American workforce. We’re contractors, artists, plumbers, day laborers. “We get hairstylists writing us,” says Kiernan. “We have some bellydancers that follow us on Twitter.”

* Chooses and helps pay for your health insurance (and probably other kinds of insurance, too),

* Withholds and pays part of your income, Social Security, and Medicare taxes,

* Pays you a fixed salary on a regular schedule, regardless of the company’s cash flow situation,

* Offers a 401(k) or other retirement account and deducts a percentage from your paycheck automatically, maybe even with an employer match.

Now I’m jealous. (And when I mentioned to Kiernan that I’m covered by my wife’s employer health insurance, she said, “We hate people like you.”)

I’ve already written about how to take an irregular income and smooth it out into something more or less predictable. But having to manage your own taxes and retirement saving is a different kind of problem, and D’Agnese and Kiernan address it using what they call the Holy Trinity of accounts. No sermon required.

First in the trinity is the Emergency Account. “Everybody in the country should have an emergency fund,” says Kiernan, “but it can take on a much bigger role in the life of an independent worker, just because independent workers tend to find themselves in more emergencies.” And not just freelance trapeze artists: even successful independent workers experience cash flow dry spells that employed people would refer to as “unemployment.”

Second is the Tax Account. “It’s really mind-boggling the number of people who do not save money for their taxes,” says Kiernan. “And it will kill you.” Every time a check comes in, you need to set a percentage aside to pay quarterly taxes. Waiting until the end of the year means a big tax bill plus a penalty. “I know a friend of mine who actually stopped freelancing because she had a $7000 tax bill one year,” says Kiernan. Don’t be that person.

To figure out what percentage to set aside for taxes, check your tax return from last year. If you use TurboTax or other tax preparation software, it should indicate your Effective Tax Rate (or ask your accountant). That’s the percentage you need to save. If you’re making more this year than last year, good for you, and you’ll need to up your percentage a little.

For either of those, park your money a high-yield savings account, so at least it accumulates interest while waiting to be funneled to Uncle Sam or whatever emergency arises.

Finally, you need a Retirement Account. Haven’t even thought about that yet? Better late than never — and best, start as early as possible. “If you have to start late, fine, start late,” says Kiernan. “But if you can start early, it’s incredible the savings difference you can have. Compound interest is quite phenomenal.” Furthermore, if you earn a full-time income from self-employment, a regular old IRA or Roth IRA isn’t enough (be sure to take Mint’s simple “quiz” to find out which IRA is best for you, though).

In order to set aside sufficient savings, you’ll also need a SEP IRA or Solo 401(k), which are not as complicated as they sound. Talk to any major discount brokerage for help setting one up.

Automate at your own risk

Like many personal finance writers, I’ve often recommended setting up an automatic monthly transfer or paycheck withdrawal to your savings account, so the money is whisked out of your greedy hands before you can do anything regrettable with it.

For independent workers, however, this is a recipe for disaster, because payday is whenever the mailman brings good news. “Use percentages in almost everything you do,” says D’Agnese.

Yes, that means every time a check comes in, even if it’s for $50, you have to manually transfer some to the tax account, some to the emergency fund (unless it’s fully funded), and some to retirement. Isn’t this too much trouble? Wouldn’t it be easier to just have one savings account?

“There’s nothing simpler and something almost beautifully stupid about opening your bank account and seeing that you have maybe six or seven different accounts, all of them with a name for the thing that you’re saving for,” says D’Agnese. (One bank that allows you to create sub-accounts, which can even be integrated with separate Mint Goals, is ING Direct.) In other words, if multiple accounts sounds like a drag, the alternative is even worse. There’s no getting around the fact that independent workers don’t have a money babysitter.

Why are you doing this, anyway?

Finally, isn’t all this fiddly money stuff antithetical to the whole idea of striking out on your own, pursuing your dream, firing your boss, sticking it to the man?

Not at all, says D’Agnese. “We don’t get into this for the money,” he says. “But we get out of this for the money.” Talented freelancers crash and burn all the time because they fail to fund the Holy Trinity. “If you could have stuck it out a little while longer and had mastered the skill of managing your money,” D’Agnese adds, “you’d have been able to stay in the field that you really want instead of trying to write a resume.”