When things get as bad as they are in the current economic crisis, there's a natural tendency to just walk away from your debt. But when it comes to taxes, doing so could eventually land you in jail. The state of affairs has been worsened by the mortgage crisis, the insolvency of banks, corporate bailouts and golden parachutes for executives. And to top it off, there is the admittance by states such as California, that some state-level tax refunds will be issued in the form of IOUs this time around. Before you give in to the temptation to just walk away, consider the implications and penalties that may ensue.

What If You Don’t File, or File Late?

Like most creditors, the IRS doesn’t think your unexpected bills, or personal financial circumstances are reason enough to abandon your debts. Especially in April. Unlike most creditors, however, the IRS has the resources of the federal government to ensure they track you down, and get the money they are looking for from you. It would therefore make sense to prioritize your finances each year in such a way that accounts for your tax liability owed, say before you take that next trip abroad, or perhaps even before any other debt for that matter.

If you fail to file a tax return on time:

-Penalties and interest will be assessed and applied to the original amount owed, which will increase the amount of tax due. Interest will continue to accrue on any outstanding balance.

-The IRS may file a substitute return for you. This return would only be based on information the IRS has from other sources, including W2 and 1099 income reported by others. As a result, additional exemptions and expenses that you would be entitled to will be overlooked, which in most cases, will lead to your tax liability being overstated.

-Once the tax owed amount is assessed, the IRS will start the collection process. The IRS has the authority to place a levy on wages or bank accounts. The IRS may also file a federal tax lien against your property.

It is important to make the distinction between the types of charges and/or penalties that may be brought up and applied to non-filers. While there are distinct implications for each type of offense, they are not mutually exclusive.

Criminal and Civil Charges
It is considered a criminal act to neglect to file a tax return when a tax liability is owed. This is not to say that the IRS will always pursue a criminal case against you. However, criminal charges may be brought against you at any time, within six years of the date that the tax return was due. The charges carry penalties of up to 1 year in prison and fines of up to $25,000, per year of not filing.

What if You Don’t Pay, or Can’t Pay?
There is a difference between choosing not to file your taxes and failing to pay your taxes on time. This typically is the distinction that is also made between those who choose not to pay taxes, and those that are unable to pay their taxes, or unable to pay their taxes in full. Effectively, not filing sends a message to the federal government of your attempt to not pay taxes: tax evasion. Failure to pay any or all of your taxes on time is typically an admission that you are not in a position to do so.

A lot of individuals are intimidated by taxes owed at the end of year, or have mismanaged money throughout the year and only begun to realize their tax situation in the eleventh hour. If you realize you are unable to pay the full amount before the April deadline, you are encouraged to contact the IRS to discuss your payment options. Filing previously late tax returns, and your 2008 tax return on time or asking for an extension to April 15th (*due to COVID-19, the 2020 tax date has been pushed back to July 15th, 2020) are the most important steps to take first. This will enable you to take advantage of every possible exemption, credit, and deduction possible, in an effort to minimize the amount owed for last year. The outstanding amount due for previous years, is the amount subject to penalties and interest, and is the amount to be discussed with the IRS, moving forward.

Penalties For Not Paying or Paying Late
Penalties and interest can be assessed on the taxes you owe forever. This means, that, if you were to be found to have not paid your taxes, for any year or group of years, interest on the outstanding tax liability would therefore be applied, and continue to accrue until paid in full. There are no deadlines on when the IRS may collect the amount owed (unlike the window that the IRS has to go after you for not filing).

Tax Payment Resolution
In some cases, the IRS may reduce or eliminate late penalties. The IRS, however, typically doesn't waive interest that has accrued on unpaid tax bills. If you are unable to pay your taxes in full, it is suggested that you pursue a satisfactory resolution to this liability. The most common ways to do this include:

Short Term Extension – This is exactly what it sounds like. Based on your circumstances, the IRS may be able to reduce penalties and give an extension for you to repay your tax debt, before additional penalties, fees and interest accrue. This is typically 30-90 days.

Payment Plan – the IRS may allow for a repayment schedule, in order for the full repayment of a tax debt. This typically will be between 12-24 months and it will include interest. The IRS prefers to avoid longer repayment periods, but their main objective is to collect taxes, however possible. If the amount cannot be repaid within twelve months, an installment plan can be lengthened, based on individual circumstance.

Offer in Compromise – If the installment plan won’t work, there are other options. This settlement option is a process by which you – upon qualification – will pay the IRS, but less than 100% of what is due. The cases in which the IRS will most likely settle tax debts are:

-Doubt as to Liability – Doubt by the IRS that they may have assessed tax debt incorrectly.
-Doubt as to Collectability – Doubt by the IRS that you could ever repay the full amount owed.
-Effective Tax Administration – Tax is correct, and the amount owed could be collected, but the taxpayer would have to demonstrate that collection of the tax would create an economic hardship. They could also prove that the repayment of the tax debt would be unfair or inequitable.

What To Do and What Not To Do
The worst mistake people can make in regard to their taxes is to treat this liability as ‘just another bill.' In most cases, if you choose to stiff the government they will find you. If you have recently come to the understanding that you are potentially liable for criminal offenses per tax law, it is suggested that you contact a tax attorney. As is the case with any other type of law, you will be afforded attorney-client privileges, by which they will not be forced to testify against you in a criminal hearing, as others would.

If you are unable to come up with the money still after trying to settle with the IRS, and even if the repayment plan is not sustainable, or even worse – you lose your job while repaying your old tax debts, there is still hope. The worst thing you could do is to pretend like not filing and not paying your taxes are problems that will go away once you ignore them. Many individuals fail to communicate with the IRS their personal circumstances, or the fact that things have changed. They may later find tax liens against their homes, or their wages garnished for taxes that had previously ignored, or even just to cover previous accrued interest. This is due to the fact that there are such broad misunderstandings on the public’s behalf regarding the collection process. So let it be clear: outstanding tax debt, unless otherwise settled, is collectible by any means necessary by the IRS, forever.

No matter how bad the situation is, the IRS will find a way to settle with you. This may not be in a way that will make you happy, but if your financial situation really is that bad, they will work out something that is at least bearable in most cases. And if you are unsure what to do, consult with experts, and if necessary an attorney. Much like the court system, the IRS will be more likely to work things out with you if you are honest, and preemptive in settling your account. Otherwise, the most ruthless collections methods in the West will be employed in order to get what is due. Keep in mind, the government has nearly 200 million adults, for which it is responsible. They do not have the time to politely ask you to pay your debts.

And, if you can avoid it, try and keep family out. Also, you should steer clear of paying your tax debts with a credit card, because then you will accrue interest on both the late payments and interest by the IRS, as well as by the credit card companies. 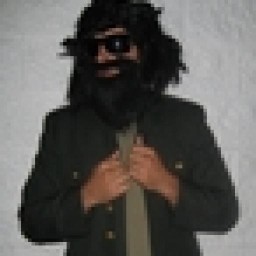 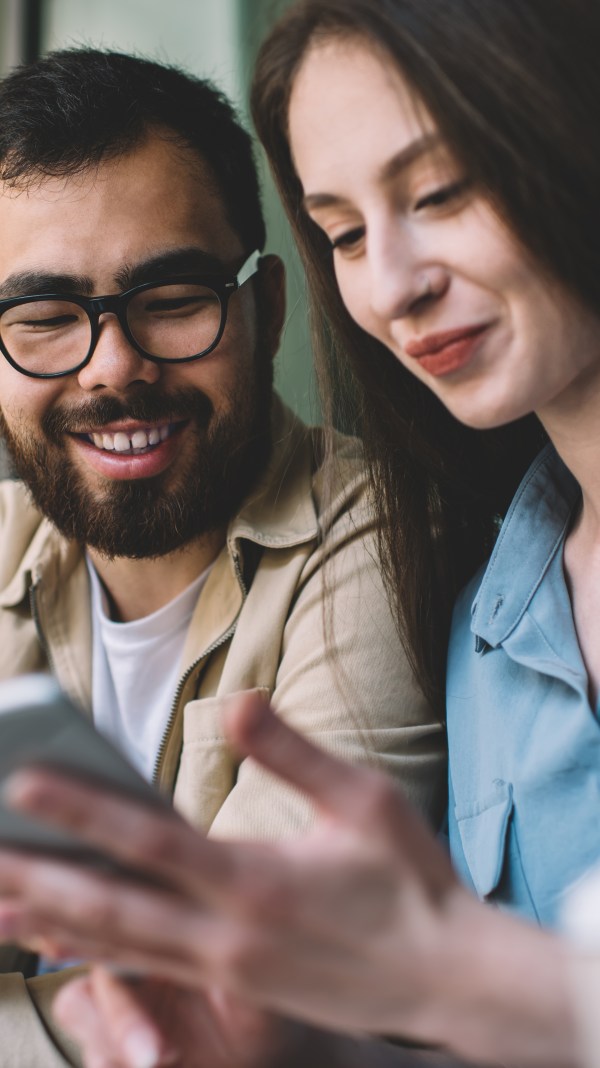 You Think You’re Paying Too Much In Taxes?

What Greece’s Bailout Means for the American Inve… 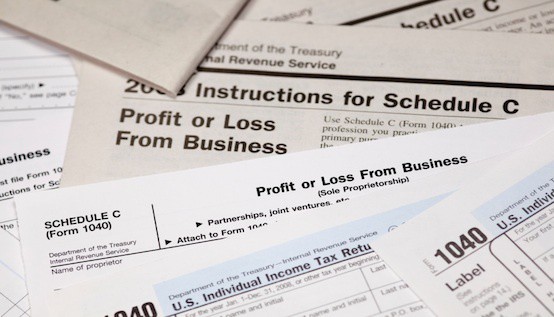 How to File Taxes for 1099 Forms & Independent Con… 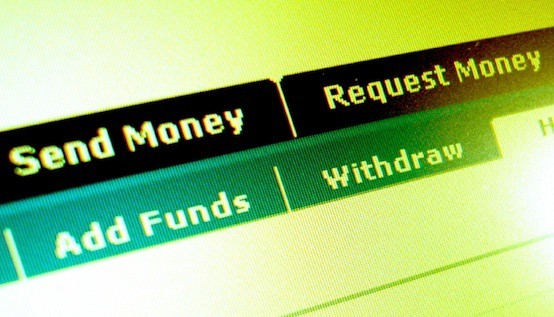 5 Times You Should Never, Ever Wire Money

Our Best Financial Infographics of 2009 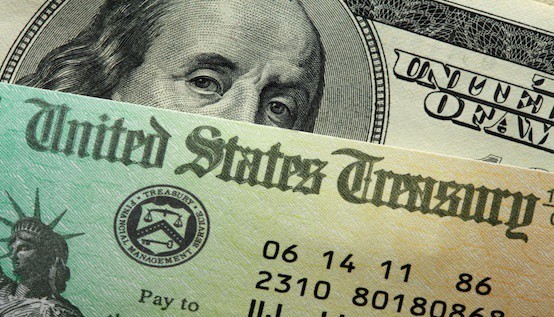 5 Things You Need to Know About Tax Refund Theft

Moody Markets: What Happens When a Nation’s Debt …

The Death of the Middle Class?