MintLife Blog > Money & Relationships > What is a Prenuptial Agreement & How Does It Work?

Prenuptial agreements (also known as “prenups”) have plenty of pop culture buzz surrounding them—from news stories investigating which power couples have or don’t have a prenup, to speculating how much Beyoncé gets paid if Jay Z cheats. Kanye West even crafted popular song lyrics based on the topic, revealing his opinions on the issue. But besides the gossip and he-said, she-said, how much do you really know about prenuptial agreements and how they work?

In this article, we’ll answer your most pressing questions regarding prenuptial agreements, including: “What is a prenup?” and “How does a prenup work?”, as well as some of the pros and cons of this marital contract.

What is a Prenup?

A prenuptial agreement is a legally-binding contract that is signed into effect before marriage. A prenuptial agreement generally dictates how you and your spouse would divide your financial assets and responsibilities (money, property, bill payments, debt, etc.) in the event of a divorce, separation, or death.

Who gets prenuptial agreements?

When many of us think about prenups, the first thing that comes to mind is the celebrity-style contract where millions of dollars are on the line; but it’s not uncommon for an average couple to employ this type of marital agreement. In fact, according to a recent survey conducted by the American Association of Matrimonial Lawyers, Millennials may be making prenups the norm among new marriages. According to data from the study, 51% of attorneys surveyed said that they’d seen an increase in millennial clients requesting prenuptial agreements preceding their wedding day. 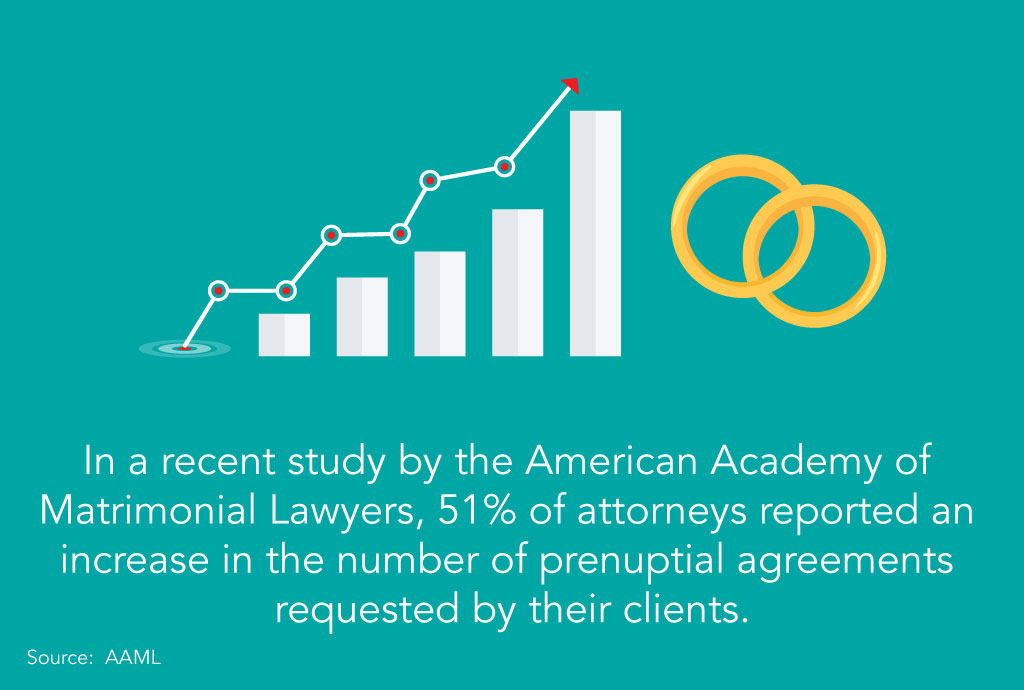 There are many reasons couples may get a prenup: to establish a fair division of their assets, to protect their private wealth, or to delegate their assets to other relatives, like their children. This is somewhat common for couples who are getting married later in life and have children from previous marriages. In this case, by establishing a prenup, the individual would be able to delegate their assets to their children, rather than their former spouse.

How does a prenup work?

Now that you know what a prenup is and why some couples choose to use them, let’s take a look at how prenuptial agreements are made and how they work.

Since prenuptial agreements are legally-binding, a couple may wish to hire a lawyer (together or as individuals) to draft up their contract. Each state has their own laws concerning prenups, so the exact details within the agreement may vary depending on the limitations outlined by state law.

California, for example, has adopted the statutes outlined by the Uniform Premarital Agreement Act (UPAA), which standardize regulations on prenuptial contracts in over 27 states.  The UPAA says that both parties must be able to agree to the financial terms established and the agreement must include the following:

However, even if the above requirements are met, the state can ultimately deny the request if they feel that the agreement puts one member in a financial position that’s unfair or too risky.

As we mentioned before, each state has their own laws that determine which assets can be included in a prenup, how they’re made, and how they work. With that said, here are some items that are typically included in prenuptial agreements: 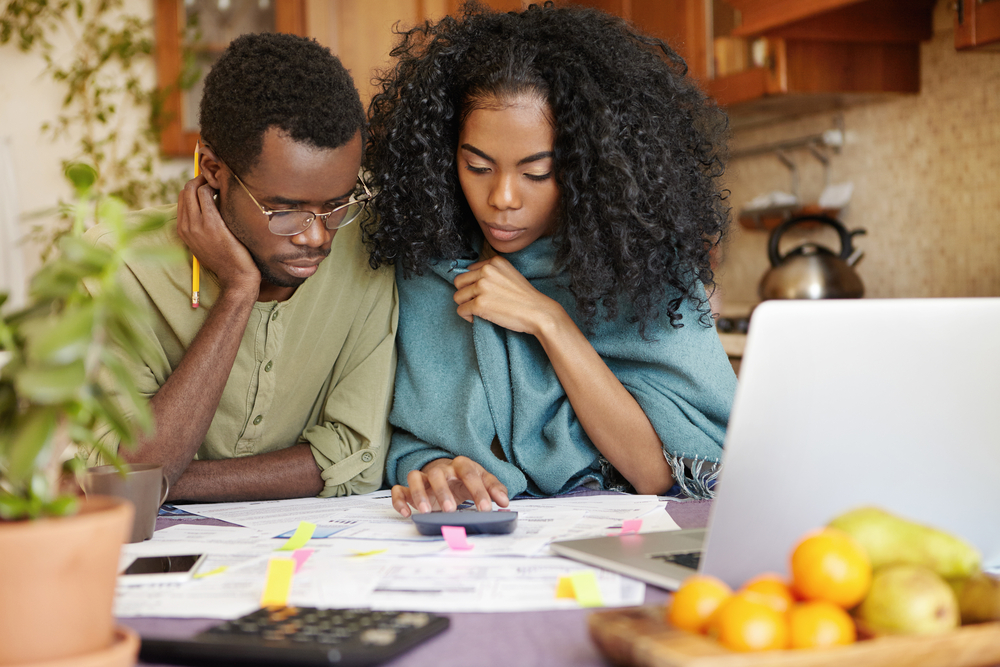 Pros and Cons of Prenuptial Agreements

Like any other major financial decision, deciding whether or not to establish a prenup requires a lot of thought. If you’re wondering if a prenuptial may be the right decision for you and your partner, take a look at the pros and cons of prenups to help you make the most informed decision possible.

Some of the positives associated with prenups are that they allow you to: 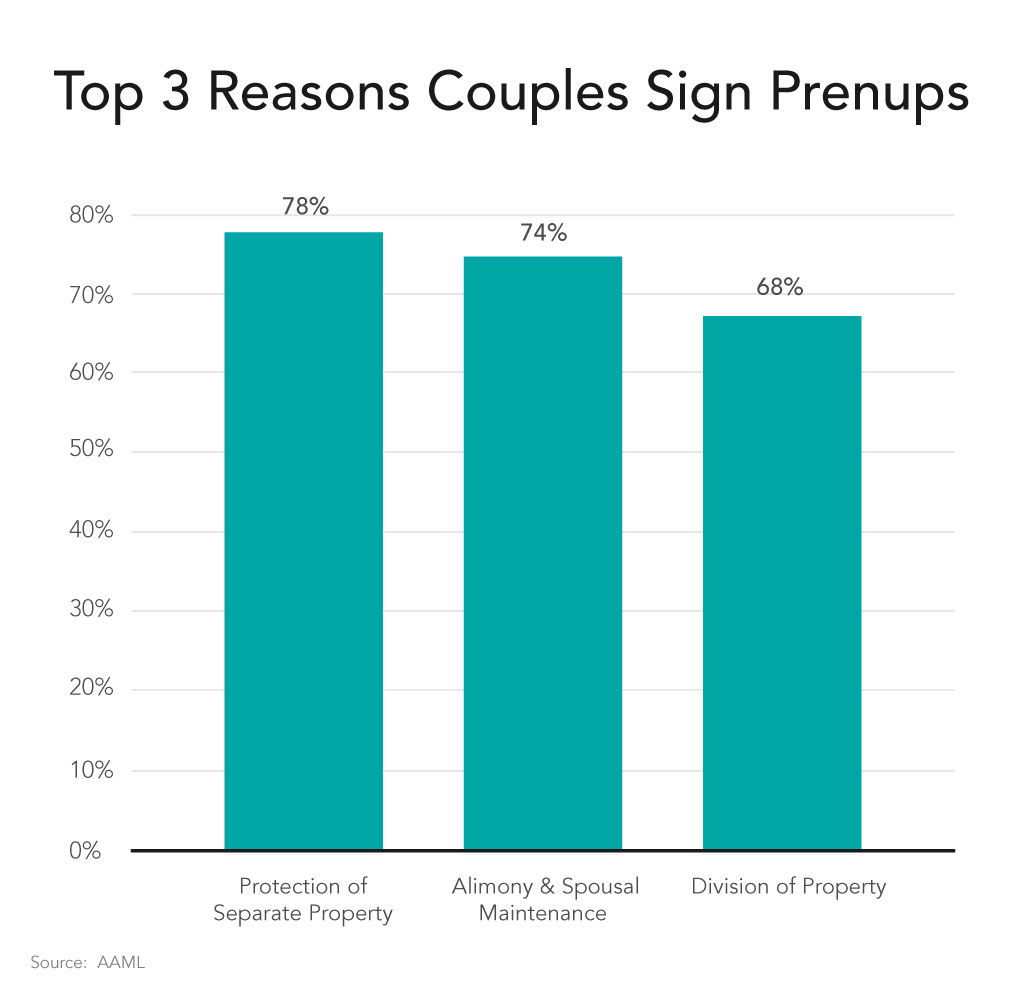 Of course, along with the positives of prenuptial agreements, there are a few potential drawbacks:

Is a prenup a good idea?

If you’re wondering if a prenup is a good idea, you’ll need to consider your relationship with your partner, your financial situation, how you talk about money, and your financial goals as a couple. That said, some experts say that prenups are highly recommended for individuals who are entering a marriage with substantial assets of their own, or if they expect to inherit assets through a trust or estate.

Because prenups are tied to your finances, your relationship, and the future of your family’s financial health, it’s important to take the utmost consideration when deciding if it’s right for you.

Now that you’ve been able to weigh the pros and cons of prenuptial agreements, let’s discuss a few common questions associated with this kind of marital contract.

How long do prenups last?

According to LegalZoom, if a prenuptial agreement does not designate a specific timeline or expiration date (known as a “sunset clause”), it will remain in effect forever. However, prenups can be voided if both parties agree and establish a secondary written agreement that cancels out the initial one. 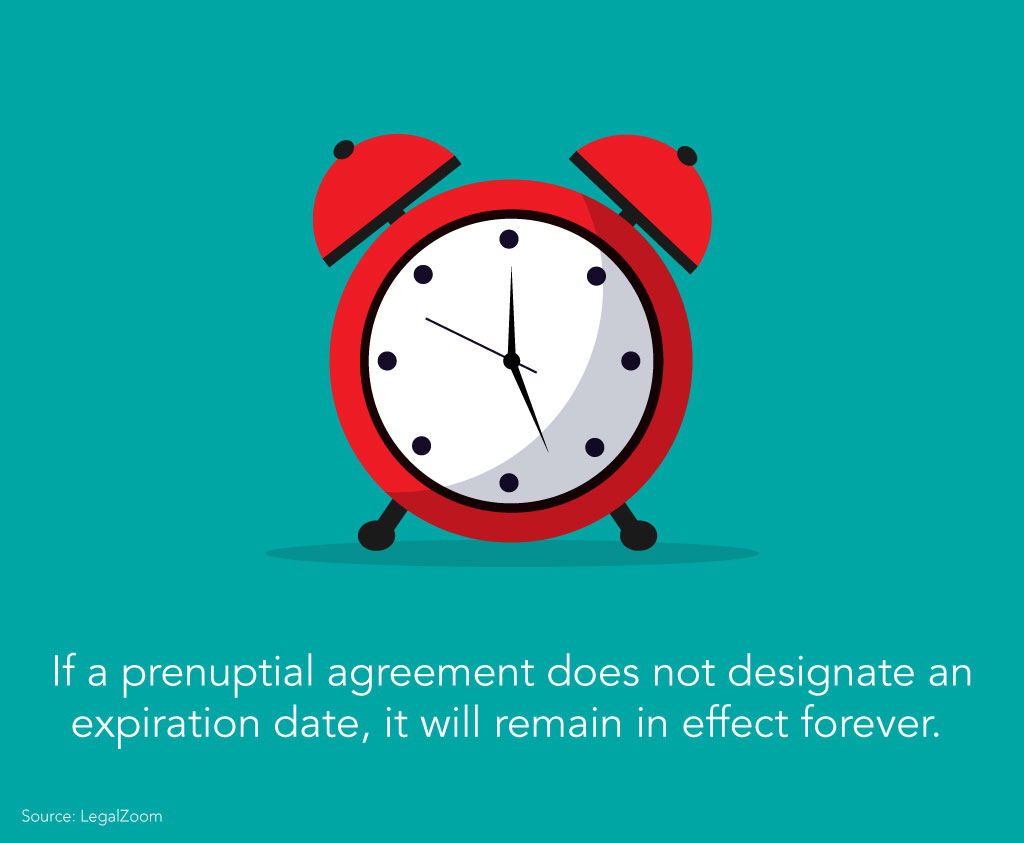 What happens if you don’t get one?

If you and your partner don’t get a prenup but do end up separating, you will simply have less control over how your assets are divided. The power of a prenup is that it gives specific instructions for how you and your spouse’s finances should be handled in the event of a separation. When you don’t have that document in place, the fate of your finances are at the hands of state law.

If you live in a “community property” state, like California, your spouse will be entitled to half of the assets earned during your marriage. In addition, a judge may require one spouse to provide alimony or spousal support to the other on top of the community property acquired.

Again, state divorce laws are all different, so be sure to consider how your homestate handles prenups and separations before deciding whether or not to sign this type of financial agreement.

Can you protect your assets without a prenup?

While a prenup may be one of the more common ways couples separate and protect their assets, it’s certainly not the only method. Here are some ways you can keep ownership of your finances without establishing a prenup:

Keep in mind, divorce laws are different from state to state and can even vary on a case by case basis. These tips are designed to help protect your finances, but they’re not guaranteed to secure all of your assets in the event that you and your partner file for a divorce.

If at some point in your marriage, you decide that you and your spouse should have signed a prenup, or that you now need one, you can do so by signing a postnuptial agreement (postnup).

A postnuptial agreement serves the same purpose as a prenuptial agreement, but it is signed after marriage rather than before. According to Investopedia, there are a number of reasons couples may decide to sign a postnup, including: 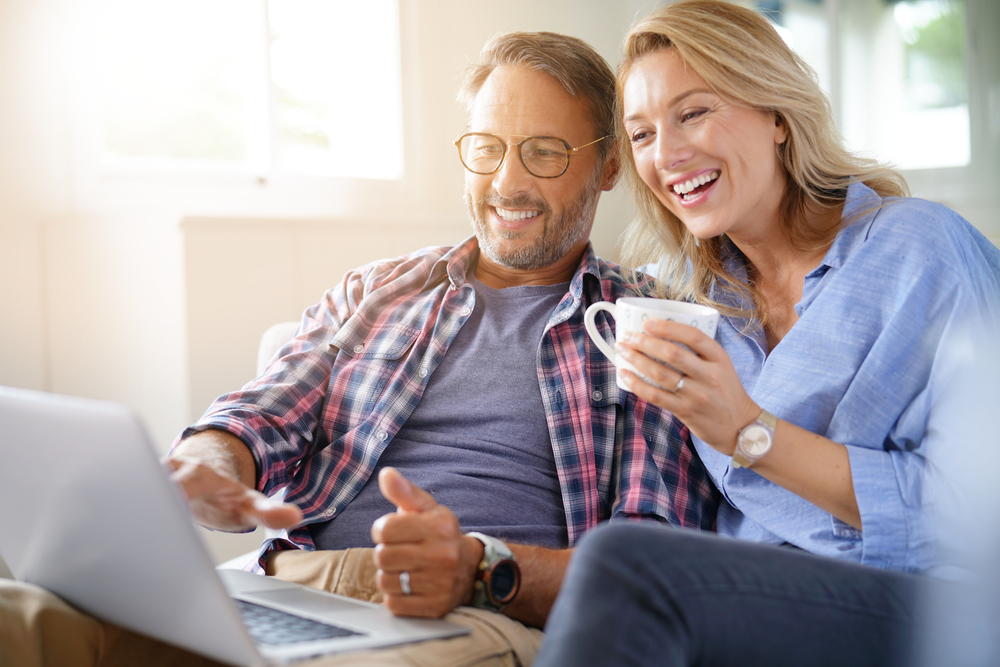